Some content on this page is not available in your language.

Gleeds has brought together staff from 49 local businesses, including Maber, CouchPerryWilkes and CPMG, for its annual Treasure Hunt.

A total of 108 people donated a day of their time and walked over 700 miles as they explored the hidden corners and winding roads of Nottingham city centre on Friday. 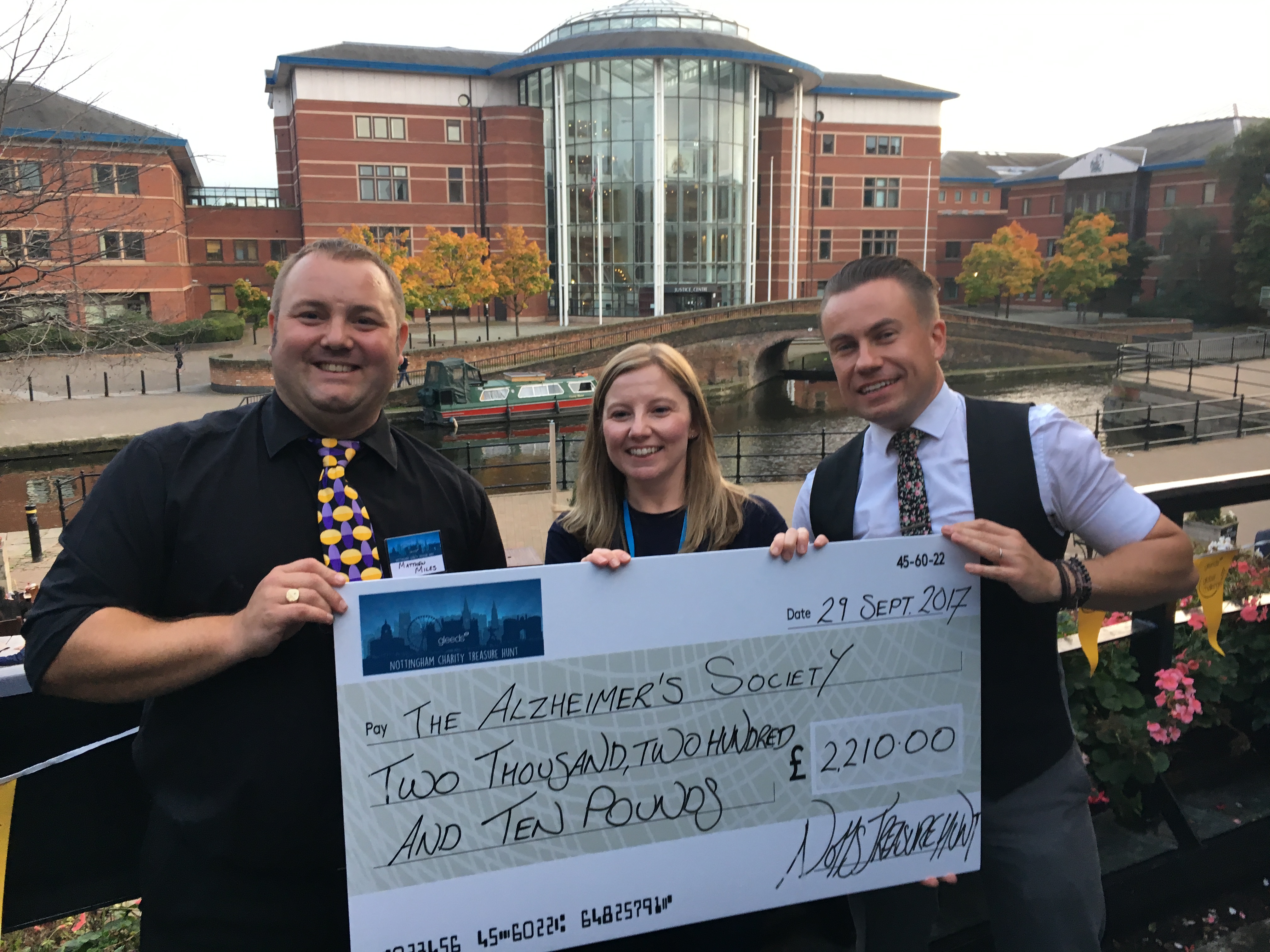 Now in its third year, the Treasure Hunt involved teams uncovering clues and solving puzzles to find hidden and forgotten landmarks around the city in pursuit of being named this year’s champion. After an adrenaline-charged day, Team 8 were crowned the winners, finishing the hunt in 8 hours and 47 minutes, and taking home a magnum of champagne to celebrate their achievement the day’s activities came to a close at Via Fossa on Canal Street where Gleeds event organisers, Stuart Neal and Matthew Miles, presented Michelle Freer from the Alzheimer’s Society with a cheque for £2,210.

Executive quantity surveyor at Gleeds, Stuart Neal, said: “The Treasure Hunt is now in its third year and proving to be a huge success. It’s fabulous to see representatives from all corners of the construction industry coming together for the day and raising money for a worthy cause in the process. Since our teams walk so many miles on the day, the Memory Walk campaign by the Alzheimer’s Society was a perfect choice this year and a cause which is close to many of the Treasure Hunters hearts”.

Danni Hindle from Alzheimer’s Society, said: “We are delighted that Gleeds is supporting the Alzheimer’s Society through their 2017 Treasure Hunt event. It is only due to our generous and committed supporters that we are able to continue in our fight to unite against dementia.”

Alzheimer's disease is the most common cause of dementia, with over 520,000 people in the UK suffering from the disease. The Alzheimer’s Society is the only UK charity investing in research into dementia care, cause, cure and prevention and has committed to spending £150million on cutting edge research over the next decade.

Insight straight into your inbox

Sign up for industry opinion and insight on the built environment